We are designers, engineers and scientists

doppel started with science. The idea was inspired by cutting-edge research in psychology and neuroscience showing how humans respond intuitively and naturally to different rhythms. By applying this in a new way we realized we could help people feel calmer and more focused within moments.

After eighteen months of design and testing with hundreds of users, plus a number of scientific trials, we decided to launch on Kickstarter. We hit our target and by the end of 2015 manufacturing had begun! 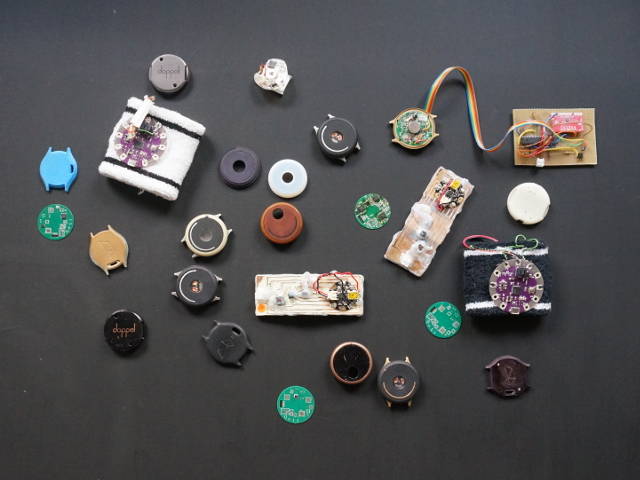 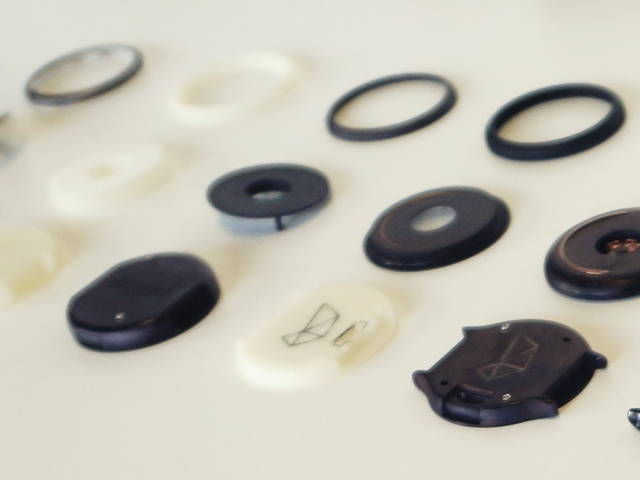 Over the next two years we worked hard to solve every manufacturing challenge that came our way - the messages and feedback we received from our Kickstarter backers and pre-order customers driving our development and keeping us motivated. We even documented the journey from start to finish on our blog!

Meanwhile, we ran another scientific trial which was published and peer-reviewed in the journal Nature Scientific Reports.

We finally delivered to our Kickstarter backers at the beginning of 2018, and we began fulfilling our pre-orders straight after that. It’s been amazing to hear stories and see photos from our customers across the globe.

We’re now ready to take new orders, and we can’t wait to share doppel with the world! 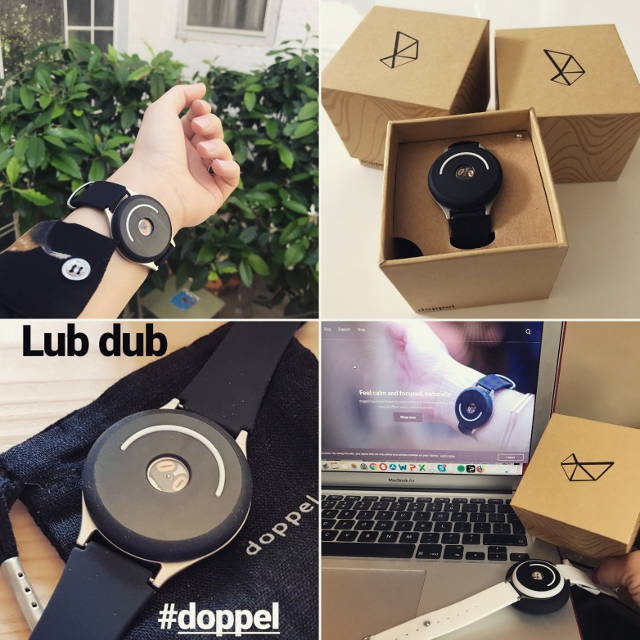 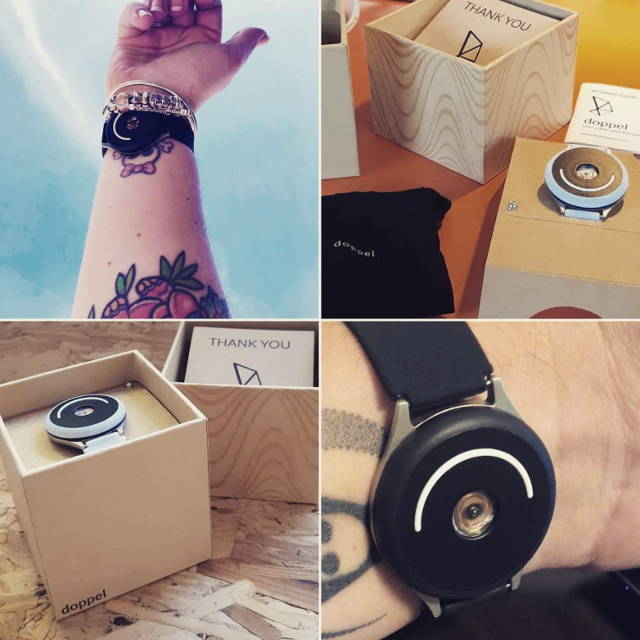 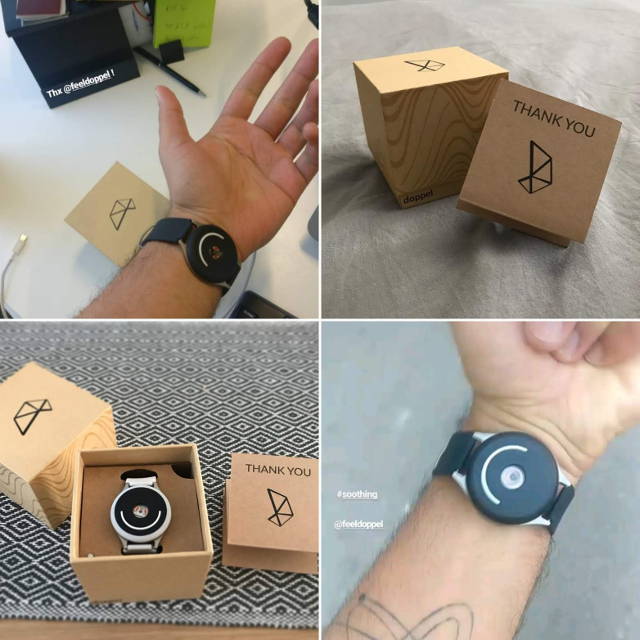 They met on the Innovation Design Engineering joint MSc/MA course at Imperial College London and the Royal College of Art and have spent the past four years working on technology inspired by psychophysiology - the study of the relationship between the mind and the body. 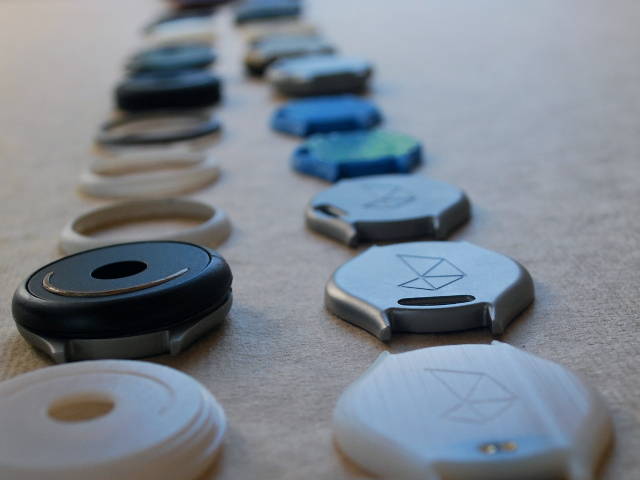 Fotini has 15 years of experience in academia as a theoretical physicist and was a founding member of the Perimeter Institute for Theoretical Physics.

Jack is a design engineer who has worked for a start-up developing robots to insulate under floors and has designed and built tools for the weaving industry. He is a Royal Academy of Engineering Enterprise Fellow.

Nell has extensive experience in developing products around the world. She’s an award winning industrial designer who has worked with the Singaporean government developing health-tech products and setting up an enterprise in Nepal.

Andreas is a materials scientist and electronics expert who has built a laser tool to restore artefacts, an EEG headset and an electro-magnetic resettable glue. He has expertise in manufacturing processes as well as electronics development.

Professor Manos Tsakiris’ research focuses on the neurocognitive mechanisms that shape the experience of embodiment and self-identity using a wide range of research methods, from psychometrics and psychophysics to neuroimaging. He is Professor of Psychology at the Department of Psychology, Royal Holloway, University of London, where he is also Director of Research. He has published widely in neuroscientific and psychology journals, and his current research projects investigate the plasticity of self- identity and he is leading an ERC Consolidator project. He is the recipient of the 2014 Young Mind and Brain Prize and of the 22nd Experimental Psychology Society Prize (2015). In 2016, he was confirmed as the first recipient of the NOMIS Foundation Distinguished Scientist Award. 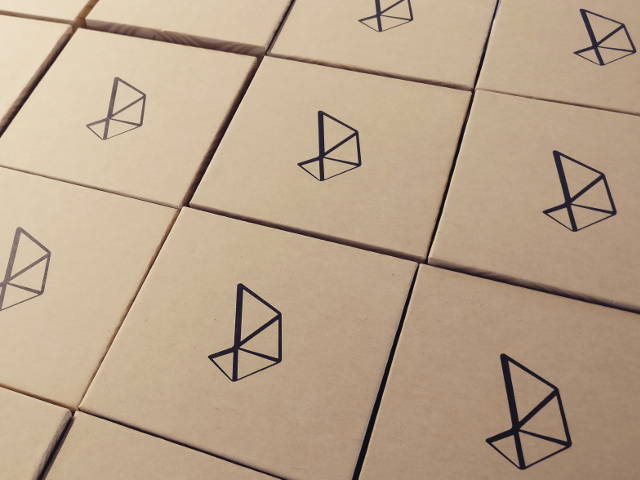 "The slower, more relaxing rhythms were most effective on my commute home. I didn't really want to believe these small vibrations could work, but the soft, rhythmic nature of them did seem to be having a genuine impact."

"When I stuck my wrist out to try it out I had a “maybe my wife will like this” take on it, but within a few moments, I was smiling at how soothing and pleasant the experience was."

"I’m feeling a little on-edge, ready to pounce on whatever task needs taking care of next.It’s very similar to the caffeine jolt I get after a big cup of strong coffee."